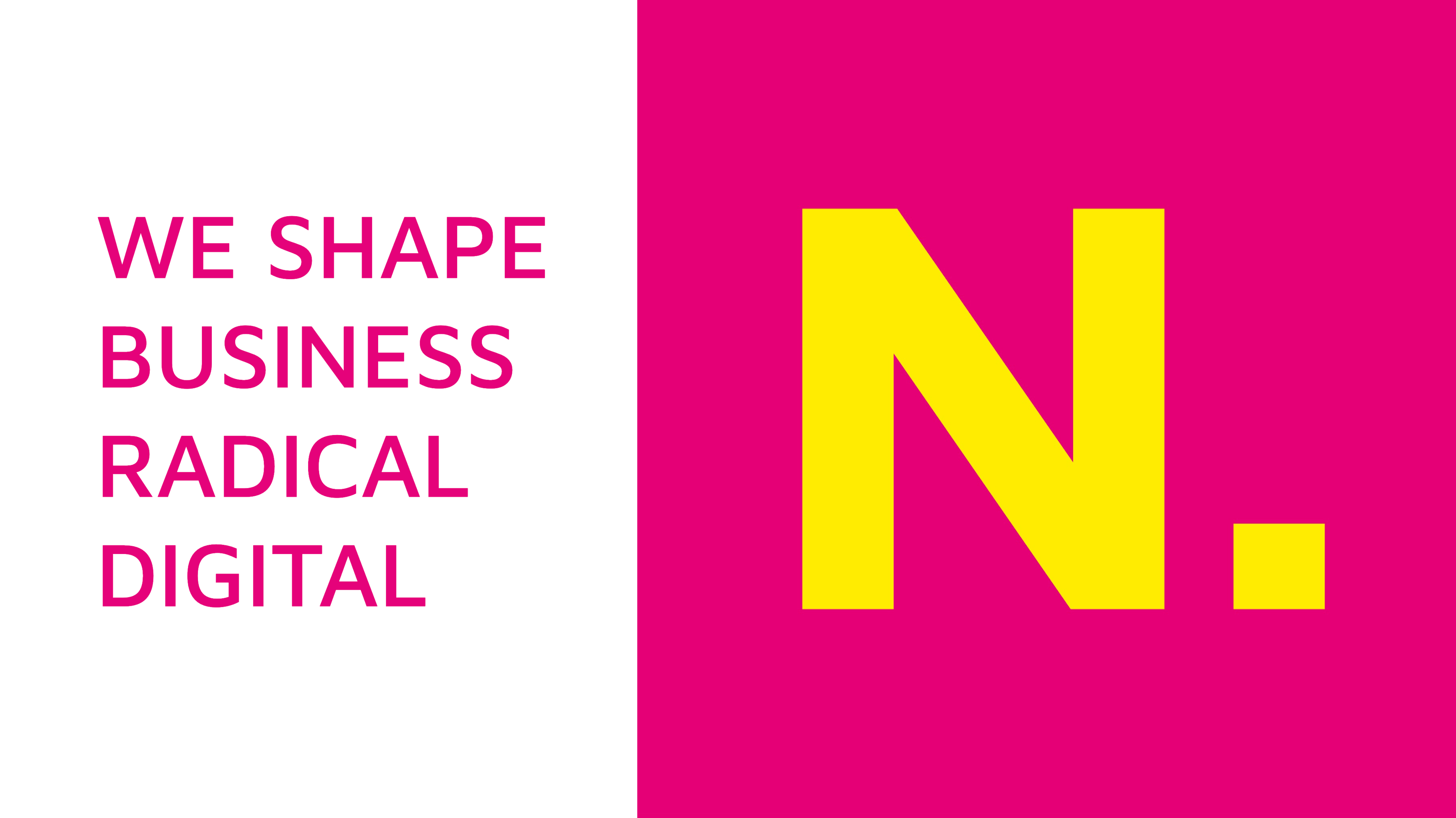 In the midst of the pandemic, we are experiencing the “Digital Revolution” at a breakneck pace, as if someone had fired up the flux compensator. Under normal circumstances, the change in society and in business processes would certainly have lasted until 2026. But the pandemic has already catapulted us into that future.

Not all of us had the time to prepare sufficiently. We are simply already in this world. However, there are still some missing answers to challenges, e.g. what will happen to the sales force when they are no longer allowed on the company premises? How do I advise digitally on investment or trust products like a kitchen or a stroller? How do I inform myself as a consumer without obligation in advance if there are no more trade fairs?

E-commerce is certainly a way to sell products today and generate growth or at least compensate for lost sales. And it doesn’t matter whether you’re in B2B or B2C. But today e-commerce is the duty and no longer a freestyle.
At NETFORMIC, we have long since adapted to these requirements with our N square framework construction kit and deliver fast, cost-effective and individualized solutions based on Spryker or Shopware out-of-the-box in e-commerce projects.

But this is only the compulsory event, so it is more of a hygiene factor and not yet a growth driver. It takes more than that today. Namely, concepts completely individual for each company.
We help with the CLUB future+ method I developed. Together we will find the right solution for your business that meets the expectations and wishes of your customers and helps you to grow.

The Digital Advisor in E-commerce

One of these solutions, which we have already successfully implemented for several of our clients, is a video chat app. Some might think that’s what Facetime, Zoom, Microsoft Teams and enough chat plugins for websites are for.

This is true, but it often just doesn’t help you in your quest to stand out from the market, generate real value for your customers, and create a positive experience with the customer on the path to conversion. Because let’s face it: no one needs a chatbot today.

A chatbot tells the customer “I don’t care enough about you to deal with you personally.” And almost all affordable chatbots are just rule-based question/answer games that barely deserve the name AI (Artificial Intelligence). I’m sure you’ll agree with me if you’ve ever had to deal with such an absurdity.

Zoom, Facetime and Co. are important and cool tools, if they work and the customer has installed them reasonably. But what about the issue of camera and sound? With the desktop often a drama and the customer is tempted by the tools to subscriptions, etc.. These are all things that are important to tool vendors from a tool perspective, but it prevents direct access to the customer and the hassle that often results (“Where’s the link again?”, “I don’t have a calendar app.”, sound, etc.) just doesn’t create a positive sales atmosphere.

So just a pure video chat app is not the solution here. Rather, it must be individually adapted to the needs of the customer. I would like to show this individuality with two different examples.

In this example, let’s take a kitchen builder. One of the most applicable scenarios in the past was the following: A couple is looking at 2-3 kitchen shows. Strolls through the salesroom, still undecided because there are far too many options and you don’t quite know whether the white kitchen is really so timeless or you’d prefer a wood finish. And do I need induction or gas? That’s where the kitchen consultant comes in. After a few targeted questions, he shows the customer a selection of kitchens and determines from the reactions whether he can close the deal here or what he should recommend next.

This is exactly what e-commerce alone cannot do, or can only do to a certain extent. A chat-only app doesn’t really help here. There is a lack of feedback to properly guide or advise the customer. On the phone you have to make sure again and again that the customer is also on the right side, etc.. And in the end, the customer also only sees a picture. He can’t imagine how the drawer opens, what it must feel like. Elaborate film productions or 3D models are usually not worthwhile in this fast-moving world, and the creator then also has forgotten to explain the vegetable compartment in the refrigerator in detail.

As one possible solution, we worked with the client to create an app that works quite simply:

Process of the digital consultation via our app:

The field service is often cost-intensive and in some cases still without alternative, as it is very effective. In some areas, however, much can be achieved through digitization.

Let’s take a machine part manufacturer for production as an example. This manufacturer operates worldwide, often through exclusive trading partners in distant countries and in the DACH region with its own people. But how can it be ensured that in Brazil, where there is a great deal of growth in this sector in particular, there is little or no access to manufacturers due to inadequate infrastructure and the sheer size of the country?
You guessed it: this is exactly where a video chat app like this can help.

And in a variety of ways:
For once, I can support my trading partner from Germany in making the right recommendations and increasing competence. Because not all machines are known, the video is needed to get an impression on site which part is the right one.

Of course, this works not only in Brazil but worldwide. In addition, the correct trading partner is always automatically assigned via a country code.

In this particular case, however, another important function is added. The manufacturer described here had exclusive patents for many years and became the standard in the industry. However, these patents are just about to expire and the competition from the Far East is already waiting in the wings. As part of our CLUB Future+ workshops, we developed an awareness with the client that one of the biggest differentiators from competitors is a knowledge advantage.

Up to now, you often scored points by offering advice on how to further optimize processes, only to sell a tool. However, this advice is so unique and valuable that in the future they want to offer this advice worldwide via the app.
In this way, the customer will be able to differentiate in the future whether he wants to book a simple free-of-charge purchase consultation or a manufacturing expert for a fee. This enables completely new revenue streams and offers significant added value compared to competitors.

My conclusion for the digital customer consulting of tomorrow

“I have only highlighted two examples of this application, but it shows that an off-the-shelf application simply cannot form the necessary basis for such success in customer retention. However, by using building blocks that you only have to customize and put together correctly for each project, these solutions have become affordable and can be calculated very quickly. If you too have challenges with digitization, don’t hesitate to reach out to one of our interim CDOs. Together, we’ll find the right solution for you, too.”

Our Offer for your Digital Growth

Start the turbo for your business today!

Content strategy: Bridging the gap between company and customer
28.05.2021